Star wars is basically a story about a slick politician (Senator/Emperor Palpatine) who promises to make things better and all he needs is a little more power. Senator Palpatine: “I love democracy, I love the republic. The power you give me I will lay down when this crisis has abated” [Palpatine to the senate after being granted emergency powers.] The Empire is a totalitarian state, the epitome of big government, and Star Wars is a tale of the dangers of big government. 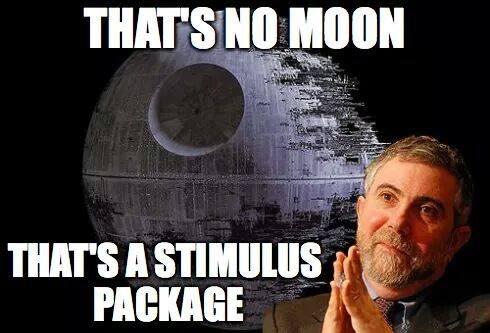 Who is Biggs Darklighter you ask? Well Biggs is better known as Red Three, one of the pilots that die while assaulting the Death Star. He only appears in a handful of prints that were released to a few drive-in theatres but his scene very blatantly lays out one of the big themes of the series. In the scene Biggs, who was trained as an Imperial pilot and is friends with Luke Skywalker, tells Luke that he’s going to join the rebellion (Rebel Alliance). Luke is jealous but tells Biggs he can’t go with him because his uncle needs him for the harvest. Biggs replies:“What good’s all your uncle’s work if the Empire takes over? You know they’ve already started to nationalize commerce in the central systems? It won’t be long before your uncle’s just a tenant, slaving for the greater glory of the Empire.” Biggs casts the Rebellion as a group fighting against government tyranny and for economic liberty. 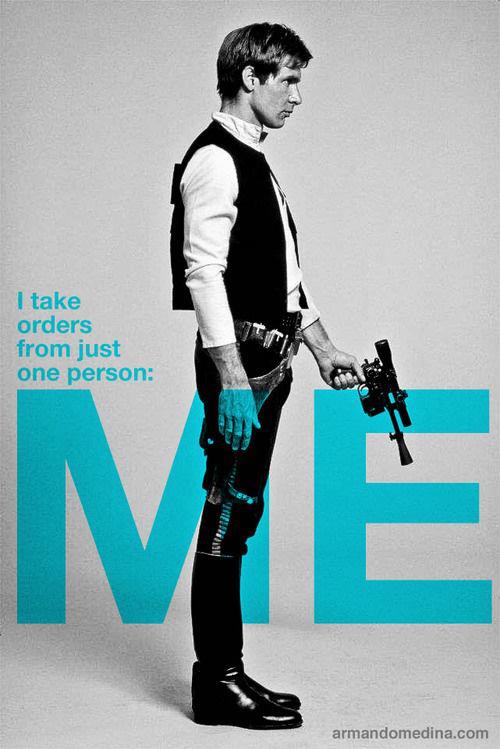 Han Solo was a pro-gun, anti-government, free market capitalist.  He answered to no one and relied only upon himself. Ok sure, he didn't actually believe in the non-aggression principle, Han shot first, but no one’s perfect. Han Solo: “Look, your worshipfulness, let's get one thing straight. I take orders from just one person--me.” 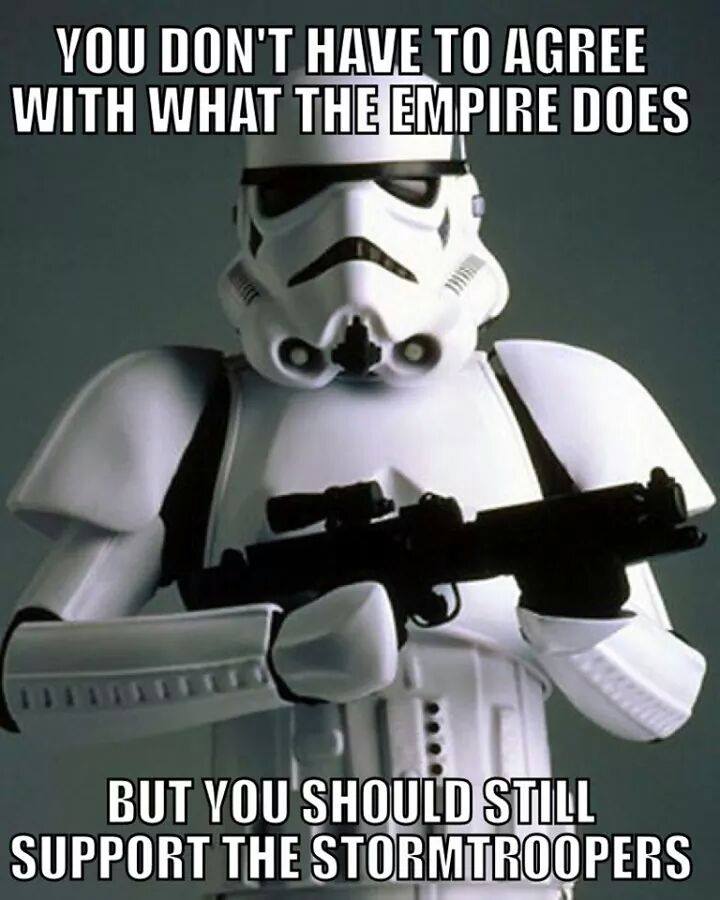 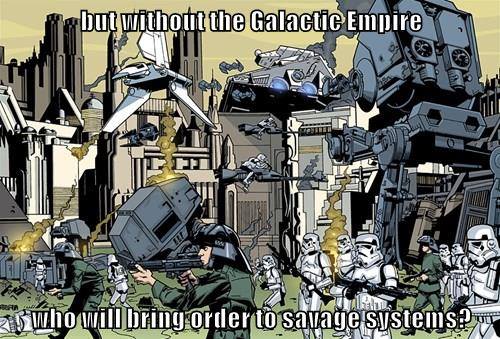 The Star Wars movies also try to portray the tyranny of imperialism.  Once the Old Republic was swept away the Empire turned their attention to conquering any worlds that separated.  The Old Republic itself didn’t even have an army originally.  The Rebel alliance wants to re-establish the Republic. 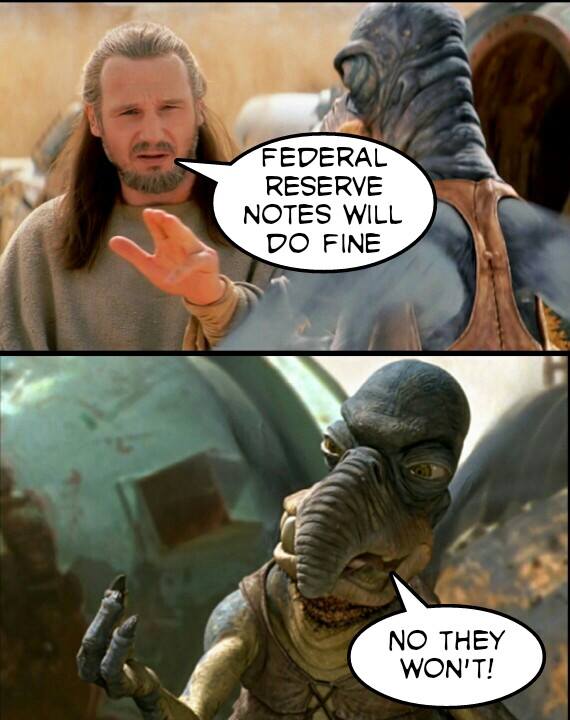 Watto was the alien that owned Anakin Skywalker when he was still a slave.  Watto himself isn't a Libertarian, he owns slaves after all, but he teaches the viewers an important lessen about a sound money system. [embed]https://www.youtube.com/watch?v=iEJPALCqqyE&ab_channel=dallred87[/embed]

Lando Calrissian is an entrepreneur and capitalist. He’s a self-made man and Administrator of several operations including Nkllon mining, Yavin corusca crystal mining, and the famed Cloud City.  He’s also a smuggler, which tells you exactly what he thinks about government interfering in the free exchange of products and services between willing participants. 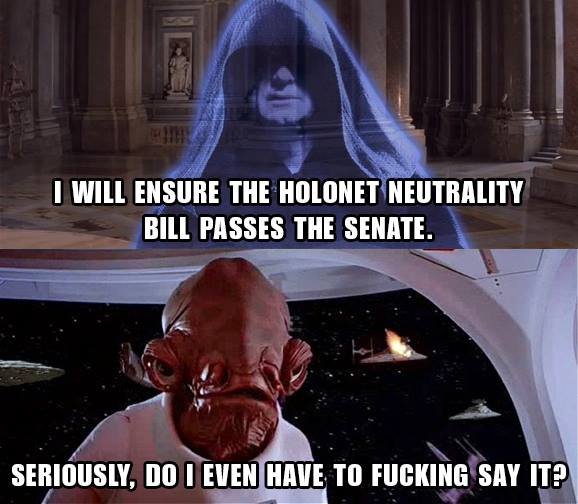 When Lando Calrissian is forced to sell out his friends to the Empire in order to protect the people and his business interests in Cloud City, we're taught a lesson about government that's all too common. The state promises one thing and delivers another. [embed]https://www.youtube.com/watch?v=qd8hy032uLc&ab_channel=swthirty[/embed] 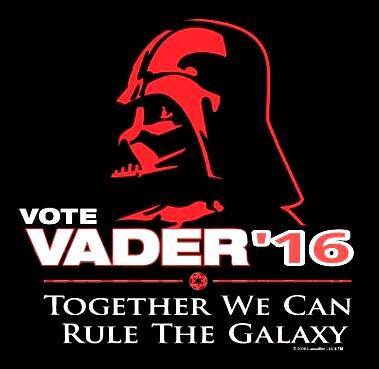 Before Vader got his iconic suit and name, he was Anakin Skywalker.  In the new trilogy we’re treated to a scene where Anakin and Padmé frolic through a meadow on the planet Naboo.  It’s here that we get a real taste of Anakin’s statist nature. Anakin: “We need a system where the politicians sit down and discuss the problem, agree what’s in the best interests of all the people, and then do it. Padmé: “That is exactly what we do. The trouble is that people don’t always agree. In fact, they hardly ever do.” Anakin: “Then they should be made to.” Padmé: “By whom? Who’s going to make them?” Anakin obviously believes the state should, since he eventually joins the Empire to become the movie personification of evil, Darth Vader. Star Wars is telling us that statism is inherently evil.
Back to blog