Some people love big government. And when we say they love government, we really mean they worship it like some people do a god. Statism is the world's most dangerous religion. These quotes prove why.

#1. "The presidency is the incarnation of the American people, in a sacrament resembling that in which the wafer and the wine are seen to be the body of Christ." -Herman Finer 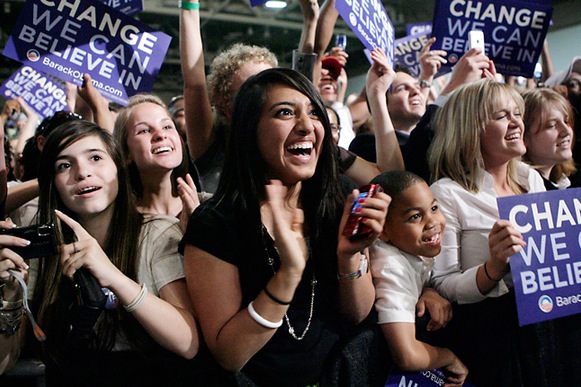 Finer was a British political scientist and Fabian socialist who taught for many years at the University of Chicago. Fabian socialists are those who believe in advancing state power against individuals by gradualism. They are associated with the Labour Party of the UK, and as committed to Imperialism as they are the redistribution of wealth.

#2. "All that Progressives ask or desire is permission ... to interpret the Constitution according to the Darwinian principle." -Woodrow Wilson

It's funny to hear this coming from a Progressive, knowing that they are always accusing capitalists of being heartless Darwinians. Truly the eugenicist Progressives of the early 20th century had no intention of bringing about bigger government as a means to help the less fortunate, but to benefit those who they deemed worthy to rule over us all. Wilson believed there were inferior people and races, saying "Other races have developed so much more slowly, and accomplished so much less."

Of course, the Democrats were always the party of the KKK, so that's no surprise to anyone who knows their history.


#3. "We have always known that heedless self-interest was bad morals; we know now that it is bad economics. Out of the collapse of a prosperity whose builders boasted their practicality has come the conviction that in the long run economic morality pays. We are beginning to wipe out the line that divides the practical from the ideal; and in so doing we are fashioning an instrument of unimagined power for the establishment of a morally better world." FDR's Second Inaugural Speech, 1937 FDR clearly didn't understand economics. Adam Smith summed up the economics of self interest perfectly when he explained that it's not from the benevolence of the butcher that we get our meals, but in regards to his own self-interest. FDR sounds like President Obama, or Rick Santorum here, championing some sort of middle-class economics that have no basis in reality. And even scarier are FDR's admissions here that he is fashioning an "instrument of unimagined power" for a "morally better world." Remember in Aladdin when Jafar finally became a genie? FDR sounds a bit like that here.

Still, he must have believed that he would be a benevolent dictator. Nobel prize-winning economist Friedrich Hayek once wrote that FDR was "Fully convinced that he knew best what was needed, Franklin D. Roosevelt conceived it as the function of democracy in times of crisis to give unlimited powers to the man it trusted, even if it meant that it thereby 'forged new instruments of power which in some hands would be dangerous.'"

#4. "Ideas are more powerful than guns. We would not let our enemies have guns, why should we let them have ideas." -Josef Stalin

This quote from socialist dictator Josef Stalin lays bare his philosophy of how to deal with his enemies. Disarm them, brainwash them, or kill them.

#5. “Abusive language and swearing are a legacy of slavery, humiliation, and disrespect for human dignity, one’s own and that of other people.” -Leon Trotsky

Trotsky was the originator of the political correctness debate which we are still all currently suffering under. Trotsky and other cultural Marxists wished to control the people by controlling their language. His "Struggle for Cultured Speech" talk is chilling in how meaningful it is today for the same social justice warriors who campaign against anyone who uses words that they deem "abusive."

Trotsky said, To preserve the greatness of the language, all faulty words and expressions must be weeded out of daily speech. Speech is also in need of hygiene. And the working class needs a healthy language not less but rather more than the other classes: for the first time in history it begins to think independently about nature, about life, and its foundations—and to do the thinking it needs the instrument of a clear incisive language."

#6. "I see nothing wrong with ethnic purity being maintained. I would not force a racial integration of a neighborhood by government action." -Jimmy Carter, 1976 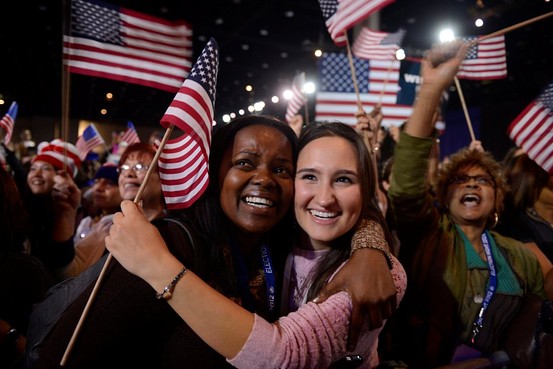 Carter probably wanted to appeal to those racist Democrats we like to point out here at The Libertarian Republic. Social Democrats like to call themselves liberals, but historically they have always been anything but. Still, Democrats defended him, because it doesn't matter if you're racist... as long as you're a Democrat.

#7. "I'm not going to have some reporters pawing through our papers. We are the president." -Hillary Clinton

Uhh... who is "we" madame secretary? Hillary Rodham Clinton always took an active role in her husband's politics. But it's telling that here that she considered herself a part of the administration, more than just the First Lady. Advisor George Stephanopoulous stated that Hillary, "established a wholly owned subsidiary within the White House, with its own staff, its own schedule and its own war room called the "Intensive Care Unit."

She wasn't the only First Lady to take such active roles however. Eleanor Roosevelt championed the New Deal. Edith Wilson actually guided Woodrow's hand to sign bills while he was suffering from a stroke, and Nancy Reagan was reportedly responsible for the firing of Ronald's chief of staff Don Regan.

#8. "I had to abandon free market principles in order to save the free market system." George W. Bush

A bit of doublespeak here on behalf of Bush. Perhaps we have to abandon morality to save morality? Should we commit infidelity in order to save our marriages? Should we kill people to prevent murder? How many other iterations of this phrase can we come up with?